How to Deal with Resolution-Resistant Conflict 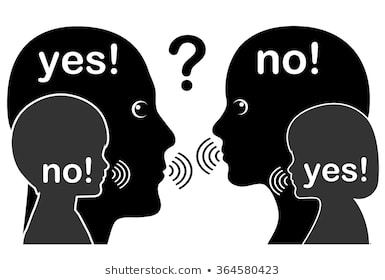 There’s evidence behind the idea that humans flourish when they have challenging work to do, and that’s definitely the case for me—and for my clients.

In my work, the tougher the conflict, the more it captures my interest, and the more likely I am to be helpful.

This has been true for me since I was a kid. I didn’t just want to solve one or two sides of the Rubik’s Cube; I wanted to solve all six sides while hula hooping!

But unlike with the Rubik’s Cube, where it can be simple to distinguish between an easier problem (solve one side) versus a harder one (solve six sides while keeping your hula hoop in the air), in conflict situations, it can be challenging to judge the scope of the situation you’re facing.

Maybe that’s because even small conflicts loom large when you’re the one dealing with them.

But it’s important to determine the type of the challenge you’re facing, because depending on your answer, different methods are more (or less) likely to help you.

Successfully dealing with any conflict requires three things: 1) being aware of the type of situation you’re facing; 2) knowing about the various methods that exist to address different types of conflict; and 3) choosing the right method to fit the situation.

Below, I describe three differences between Type I and Type II conflicts, so you can learn to identify the problems you face. I also briefly highlight the methods that tend to be most helpful when you find yourself dealing with each type of conflict, so you can choose the right methods to fit each situation you encounter.

Type I Conflicts: Ripe for Resolution

In situations with the following characteristics, when good faith efforts to resolve conflict are made, these efforts typically succeed. These situations are ready for resolution, and are particularly responsive to “win-win” negotiation and conflict resolution methods.

In Type I conflicts:

2. At least one person or group has a feasible walk-away alternative. While walking away from the other person, group or situation may not be a first choice, walking away is logistically viable and any long-term costs of doing so are manageable. One person can be fired, a friendship can be ended, or a divorce can be given with perhaps undesirable, but still manageable, repercussions.

3. It is relatively clear who is involved, and who needs to be, in order to reach a resolution. Even in complex negotiations with many people and groups, identifying the people involved is a straightforward process. The constituencies involved in the situation are obvious and they all can be welcomed at the negotiating table.

In Type I conflicts, I recommend applying a “win-win” or principled negotiation framework like those laid out in the classic works Getting to Yes and Difficult Conversations. These methods have been used successfully all over the world for many years to resolve everything from arguments between spouses and neighbors to business disputes to complex international conflicts.

In situations with the following characteristics, even when good faith efforts to resolve conflict are made, those efforts typically fail. These situations are not ready for resolution, and tend to be unresponsive to “win-win” negotiation and conflict resolution methods. I call these conflicts “resolution-resistant”.

1. The interests of one or more people involved are not clear, and therefore are not necessarily discoverable by others. Classic conflict resolution methods rely, first and foremost, on our ability to know, and potentially share with others, what we really care about. For psychological reasons that I discuss in my forthcoming book, Optimal Outcomes: Free Yourself from Conflict, in some situations, it can be very hard for us to admit what we really care about–or in many cases, to be consciously aware of what we want at all. When one or more people in a situation are not willing to admit, even to themselves, what they really care about, those underlying interests are hidden, making them much more difficult to discuss. Worse, these hidden interests operate from beneath conscious awareness, driving our behavior in totally unintentional ways. This tends to wreak havoc on relationships, which ensures that conflict remains resistant to resolution.

2. The walk-away alternatives involved seem terrible. In situations where the walk-away alternatives for both (or all) people involved are terrible, or even if they are not but the people perceive their alternatives to be terrible, the ability to resolve the conflict by walking away is limited. Particularly in situations involving long-standing relationships, there are often legitimate reasons why it may not seem possible to walk away from the other person or people involved. And even if you could (or would love to) walk away, doing so can be so costly that it appears to be impossible. For example, think of a co-founder considering firing his co-founder. Or a mother contemplating disowning her daughter. Possible? Yes, technically. Highly costly to themselves and others? You bet. In other words, knowing your alternatives does not help in situations where the perceived costs of walking away are so high, doing so seems impossible. In many conflicts involving long-term relationships, there is no easy escape valve.

3. The situation is complex. It is either not immediately clear who is involved and who needs to be involved, or you think it is clear, but you are leaving out key constituents. How can you explore the underlying interests of people that you’re not even aware exist? You need to gain clarity about, and be able to see the nuances among, the various people and groups involved, especially when you don’t agree with their perspective. Is your head spinning just thinking about all the constituencies involved in the latest showdown at the Mayor’s office, and you’re not sure who to involve in the next meeting? Would you rather keep your Head of Sales out of your monthly R&D meeting because he’s just too brash and doesn’t “get” the R&D issues at stake? When you leave out key people (inadvertently or not), conflict remains resistant to resolution. Even if a “band-aid” resolution is reached, it only unravels later when people who were left out of the process find out what happened when they weren’t present.

In Type II Conflicts, the way we think about the problem is often part of the problem.

When we think our job is to resolve a conflict, even when it has shown itself to be “resolution-resistant”, we set ourselves up for frustration and failure, seeking but never achieving resolution.

Paradoxically, when we change the way we think about what we are trying to achieve, we have a better chance of getting what we want.

In situations that resist resolution, we need to stop seeking to resolve conflict and instead seek to free ourselves from the conflict loop altogether.

Sometimes, just knowing what type of problem you’re dealing with is enough to help you approach the situation in a helpful way.

In the weeks and months ahead, I’ll be describing four universal conflict habits, and the five most common interaction patterns that keep people stuck in conflict, as well as eight practices designed to help you creatively address Type II conflicts at work, at home, and in public life.